The RN: A Conundrum?

This month has been really busy for me, but not for me dating. Mostly what made it busy was me going on vacation and meeting my sister and a college friend for about week. For a self-proclaimed city girl, I do enjoy the "country" apparently. Well I like it a lot more now that my cell gets a little bit of a signal while I'm out there. The mountains of Colorado are amazing and I never regret it when I make it out there. I guess I might be starting to get a little home sick for the West.

And now for the dating talk.

The weekend before I left, I met CT at the beach for a nice night since he had an ocean-front hotel room for the night. He's definitely the guy I have been "seeing" the longest. Here's the thing about CT: I know exactly where I stand with him. We see each other when one of us is in the mood, there's no unknown expectations, and I don't have to argue with him about using condoms. It's refreshing. He's fucking seeing other people, I'm fucking seeing other people, and we're both okay with it. There's no weirdness, there's no pressure, we don't have to talk to each other all the time, and we're not bringing our hearts to the table. This is what I want, just more of them so I don't get too attached, like this: 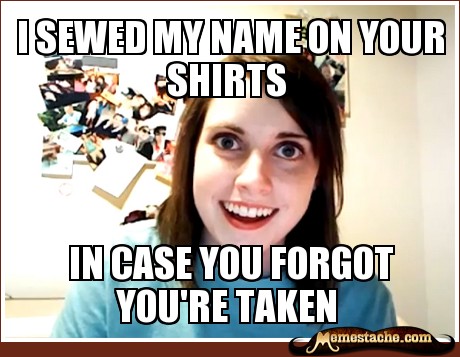 Don't laugh I've met at least one of these girls. They are CREEPY! And I don't want to be one. EVER!

So I thought Gems might become one of these; however, he seems to be lining up to be more like Baseball Guy. You remember him, right? Overly demanding on my time, a little to the creepy side, and just generally annoying. Yeah, that one. Gems is more and more like him - only Gems doesn't want to use to condoms on top of it all. At least condoms weren't an issue with Baseball Guy. Today's (which is a Monday in case you wondering and don't want to figure it out) conversation with Gems went something like this:

Gems: Hey
The Rn: Hey
How was your weekend?
<... boring stuff ...>
Gems: So what does your week look like?
The RN: Gym tonight with The Dirty Little Secret
Chiropractor on Tuesday
Swimming with The Slow Dancer on Wednesday
Dinner with The Peach on Thursday
And my bro-in-law gets to town again on Friday morning
Gems: And your bro-in-law is here all weekend?
The RN: Yep
Gems closes the chat window.

So I think he might be a little mad at me. My only thought was ... so what? He was is a pain in the ass. Kind of like this:


Sartre: "Hell is other people." 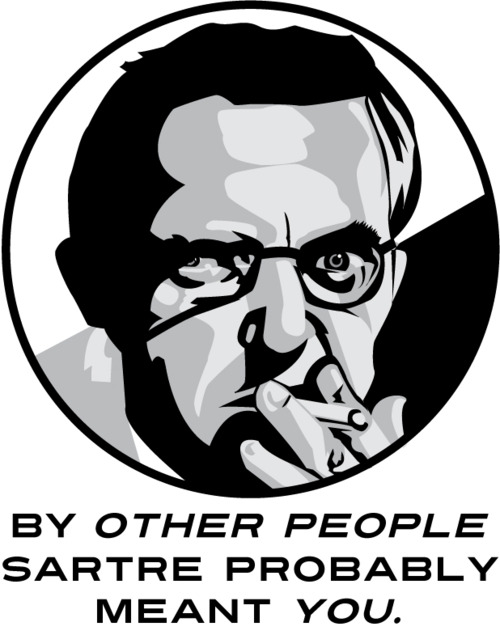 I'm basically thinking, does this mean I don't have to cut him? I do a little happy dance, then realize this probably isn't the end. Pout :(

So, the Conundrum. Let's start with how to ask the question without sounding like a bitch conceded. Hm, maybe I'll just ask it. I've already said I'm not a knock out, but I don't really have any trouble finding people who want to sleep with me, so why would I put in a ton effort to keep one around who is annoying the crap out of me?

I keep coming back to: maybe The Window Shopper is right - I am just too nice to guys. Gems is the first guy where I have no qualms about possibly hurting his feelings. After the crap with not responding to my text for 7 hours and then getting pissy about me missing the BBQ, I really just don't care. Which probably evidence enough I should stop talking to him. 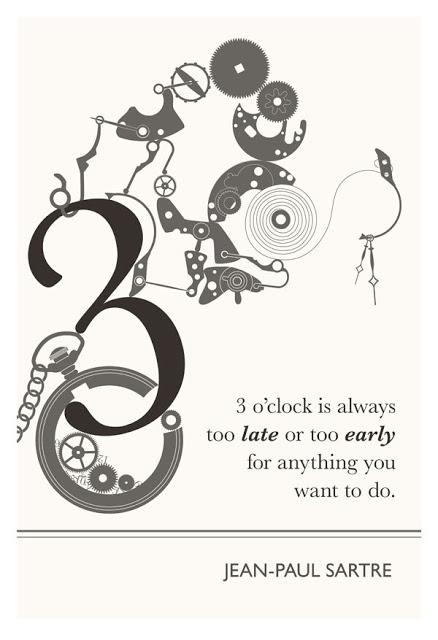 Especially when you meet him in a bar.
Posted by The Nurse