This was originally going to be part of the last post, but that one got way too long and I had to cut it off - oh the <whatever word you're supposed to use instead of irony>.

Disclaimer: I do not have a self-esteem issue; I'm just realistic.

I'm not a first glance. Guys don't notice me from across the room. (No comments from anyone on how this might change if I wore more makeup, this means you The Window Shopper, The Dirty Little Secret, my sister, my mom, my best friend from 8th grade.) I don't usually get catcalls. I have had some ... less than ... stellar? ... things said to me:
Basically, this is not me: 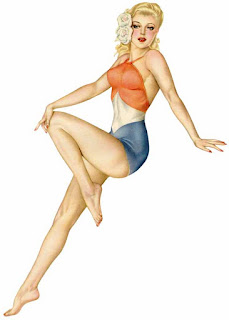 I'm okay with this; it's not really who am I anyway. I like to describe myself as being on the pretty side of plain. I do cute better than beautiful. This is not to say I think poorly of myself. In fact, most days I think I'm pretty awesome. But, I'm much closer to this: 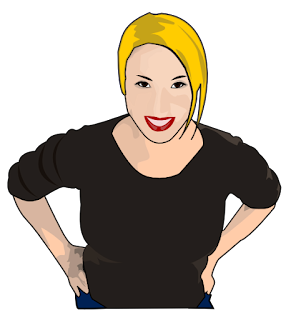 This is generally where the argument starts. People think just because I don't think I'm "hot", "gorgeous", or "beautiful" I don't value myself. That's 100% not true.

I am, however, the kind of girl who usually only gets noticed on the second glance. By this I mean, guys tend not to notice me for my looks. This is not to say they don't find me attractive; it's just not what starts the conversation. Once guys get to know me, or at least start talking to me, then they start looking a little closer and decide I'm pretty, or whatever terminology they want to use. Negative connotations aside, I do better with my personality than my looks. And really we can't all be above average in attractiveness, there has to be average looking people too.

Here's a perfect example from last weekend. The Dirty Little Secret, The Poolboy, and I were out at a local bar on Friday night. None of us were really in the mood for a long night out, but we wanted to do something besides sit around at home. Also, I had a 5K on Saturday morning so I wasn't up for too much. Nevertheless, while we were hanging out several guys hit on The Dirty Little Secret. The first guy was awful. I am still rolling my eye over his attempts.

A little later in the night, this really drunk guy started hitting on her and his friends came over to try to save the situation (or just to keep their friend from getting thrown out). So there were like 4 or 5 guys talking to The Dirty Little Secret and me. Another one of our friends we ran into at the bar was talking to The Poolboy, so he was talking to him, but still keeping an eye out - he really is a good guy. While these guys were talking to us, one of them mentioned he was in computers. So immediately I was much  more interested in talking to him. A couple of minutes later, I asked him what kind of computers and the conversation took off from there.

This is exactly what I mean. None of these guys started by hitting on me. In fact even the guy I was talking to, and eventually went out on a date with, didn't start by talking to me. I wasn't the one drawing the attention; I rarely am. Apparently, I have more inner beauty than outer beauty - I'm a second glance girl.
Posted by The Nurse